Need specific information?
Want to give feedback?
We can help
with that.
Contact Us »

On Sunday, April 30, 1843, eight Presbyterians gathered at the home of James Kelso Means on the south side of Main Street about midway in the block bounded by Union and Liberty Streets. In 1843, Spartanburg was a little village in the woods called Spartanburg Court House and had no Presbyterian church. The founding Elders came from the congregation of Nazareth Presbyterian Church, one of the oldest Presbyterian congregations in South Carolina. After signing a covenant binding them together as one church, they adjourned to the Baptist Church for preaching and a celebration of the Lord's Supper. On November 1, 1843, the congregation purchased a lot for $300 from Richard Thomson in the block bounded by North Liberty and Converse Streets. The first church building was completed in 1845 at a cost of $1820. It was in these early years that the congregation extended their first call to a minister. They received this reply: "I appreciate very much the honor you bestow upon me in inviting me to be your pastor, but I do not feel that the Lord calls me to that field, as I could not support my family on the small salary of $300 a year. In addition, the field is very unpromising, such small growth has taken place during the time your church has been established that one would really doubt if it is well to have a Presbyterian Church in that locality."

During our first 15 years, growth was indeed slow with the membership never exceeding 25. It had only reached 60 in 1869 when the Reverend Thomas Law was called to be the first full-time pastor. The growing congregation decided to replace the initial building, and began construction on a new church in 1888, dedicating it on April 14, 1889. Unfortunately, this structure was destroyed by fire in 1898. A new building was dedicated on September 9, 1900. In these years the congregation was served by four more pastors. Dr. Benjamin F. Wilson was called in 1887. After serving for four years, he resigned to become the first president of Converse College. The church next called Dr. J. M. Rawlings who stayed only a year and a half before being called to be president of what is today known as Rhodes College.

Dr. J. S. Watkins became the fourth pastor of our church in 1892. He served for 25 years as pastor and then another 14 as pastor-emeritus. It was during his pastorate that the church burned and was rebuilt. In 1922, the congregation called Dr. Henry Wade DuBose to be its pastor. In only a short time after he had arrived, there was in this growing congregation need for a new and larger church building. Mr. Andrew M. Law, son of our first pastor, was chairman of the building committee. In presenting his plans to the church, he said, "Spartanburg is destined to grow; Presbyterianism will grow with it. The time has come in the history of First Presbyterian Church when something big should be done . . . Let us go forward in our plans and dreams for erecting a magnificent church." Ground was broken on our present sanctuary in 1925. 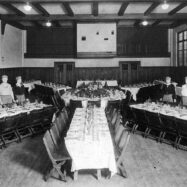 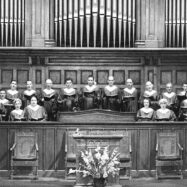 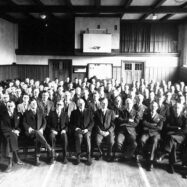 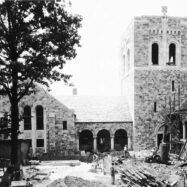 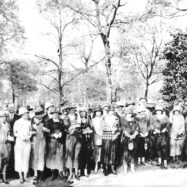 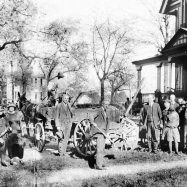 As our congregation grew, so did our facilities. During the ministry of Dr. William B. Ward, who served as pastor from 1948 through 1955, the Chapel was built. It was in this year that Dr. Marc C. Weersing began his ministry with us. Dr. Weersing left to become president of Presbyterian College in 1963. During the ministry of Dr. Fred Poag, who came in 1964, the congregation constructed a greatly needed parking facility and in 1968 added the Clark Building for the Christian Education of our children and youth. It was named for Miss Frances Clark, a dedicated, life-long servant of this church.

A new period of building began during the ministry of Dr. James E. Fogartie who was called in 1974. In 1984, the Family Life Center was completed and in 1987, a second major capital funds campaign was completed successfully and the buildings completed in 1926 were renovated. During the 1970's and 80's, First Presbyterian Church reached out in new ways, taking a leadership role in Spartanburg as a church committed to ministry in our community.

In 1991, First Presbyterian Church called Dr. Todd B. Jones to serve as the church's twelfth pastor. In 1993, First Presbyterian celebrated its 150th anniversary with a moving historical pageant, the publishing of a church history, and other commemorative events, highlighted by the installation of the Sesquicentennial Bells in 1994.

The church's "Believe in the Future" Campaign of 2000-2003 raised about $9 million which funded an additional educational wing and enabled Mobile Meals of Spartanburg to move into its remodeled and enhanced headquarters next to the church property. In the fall of 2003, the church dedicated its Family Life Center. This facility contains Fogartie Hall, several smaller dining rooms, a kitchen, space specially geared for the needs of the expanding youth ministries, and a gym with a walking track elevated above the basketball court. This addition was a major part of the "Believe in the Future" Campaign.

When Dr. Jones was called to First Presbyterian, Nashville, in 2002, he left a church reaching out to the world in many mission fields both at home and abroad, a growing congregation, an increasing budget and a community of faith looking forward. Dr. William H. Waterstradt served a brief pastorate of six months in 2003-2004. With the help of interim leadership, the church entered a period of self-assessment, restructuring, and planning. In May 2006, First Presbyterian called Dr. David A. Renwick, a native of Scotland and a self-described problem solver. Dr. Renwick helped the congregation rediscover its strengths. Congregational leadership, particularly in a greatly expanded Diaconate reaching out to the church membership through ministries of care, became a hallmark of Renwick's pastorate. The church implemented new technologies for ministry, producing a weekly video webcast of worship services and utilizing social media for communications and pastoral care.

Following Dr. Renwick's call to serve at National Presbyterian Church in Washington, D.C. in July 2011, the congregation called Dr. Thomas E. Evans as its new Senior Pastor on June 3, 2012. Under Dr. Evans's leadership, the vitality and diversity of the congregation's ministries thrived. A new Strategic Plan unveiled in February 2012 called for excellence in all ministries, for a renewal of the church's worship spaces and facilities, and for the church to step forward as a leader in serving the Spartanburg community. New international missions in Cuba and Haiti augmented the twenty-year commitment of the congregation to serve with the poor in the Dominican Republic and Ghana. Bible studies and prayer gatherings for children, youth, and adults filled the church and members' homes week after week.

Like the rest of society, First Presbyterian Church has been deeply affected by the Covid-19 pandemic. The church itself has been closed to congregation, staff, and visitors since March 15. Dr. Evans and his remarkable pastoral staff have been preaching, singing, and praying with the congregation virtually since that time. And the congregation has adapted to committee meetings, Bible studies, and prayers on Zoom. Remarkable videos have been made by young people of all ages and presented to the members. Giving to the church has increased.

In April 2018, Dr. Evans challenged First Presbyterian and the Spartanburg ecumenical community to end child poverty in this city. He guided the church in implementing a comprehensive strategic plan from his arrival in 2012 until 2015. Dr. Evans oversaw the successful capital campaign begun in 2017 to fund the renovation and remodeling of the historic Sanctuary and other spaces. Dr. Evans led the church during its wide-ranging and event-filled 175th Anniversary celebration in April 2019. After eight years as Senior Pastor, in 2020 Dr. Evans accepted the call to Brick Presbyterian Church, a Manhattan congregation rich in history.

On Sunday, January 30, 2022, the congregation called The Reverend Alan Folsom Dyer as its new Senior Pastor. Rev. Dyer began his ministry at First Presbyterian Church on March 22, 2022, and immediately jumped right in, moderating his first Session meeting that evening. On Sunday, March 27, Rev. Dyer preached in the both the MorningSong and Traditional Worship services, with a record post-COVID crowd in attendance.