Need specific information?
Want to give feedback?
We can help
with that.
Contact Us »

Sunday, October 30, 2022, 8:45am and 11:00am // Sanctuary
The tartan is a symbol of this love and togetherness, no matter what our heritage. In our Kirkin' service, we remember ancient times, as well as past and present kith and kin, while asking God's help and blessings in the future.

History of the Service

We celebrate clans and tartans because the clansmen demonstrated true brotherhood and the clan was the family. In early history, clans were simply a gathering of peoples for their protection and for economic, political and social support. They were not necessarily related by blood. Scotland in the mid-18th century saw the English parliament and monarchy (The Disarming Act, 1746 - 1782) banning weapons, as well as the wearing of tartan or kilts by Highland clansmen (effective August 1747). A latter-day legend has it that clansmen would carry small pieces of the banned tartan cloth to the Church (Kirk) and the clergymen would slip a blessing into the service. Specific tartans developed simply because each area liked to weave a certain design using local herb dyes.

As a remembrance of early Scottish Presbyterianism, Kirkin' o' the Tartan worship services have spread across America. On Sunday evening, April 27, 1941, in Washington, D.C., at a special service was led by famed pastor Peter Marshall (1935 - 1949) of the New York Avenue Presbyterian Church. Designed to raise funds, this Kirkin' service sought to aid Scottish churches during the early days of World War II, as well as the British war effort, by providing a mobile kitchen, according to the church bulletin. This initial, simple Kirkin' service later evolved into what is today the Kirkin' o' the Tartan. Since 1954, an annual Kirkin' o' the Tartan has been held at the National Cathedral in the nation's capital.

Once each year, since 2002, First Presbyterian Church, Spartanburg has held the Kirkin' o' the Tartans. Some years over 85 tartans are carried down the aisle of the Sanctuary to the skirling of the pipers playing "Highland Cathedral". The prayers, hymns, and flowers are chosen with the Scottish heritage of the Presbyterian Church in mind on this day, which is very popular with the congregation. 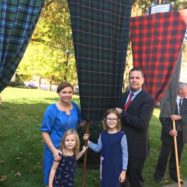 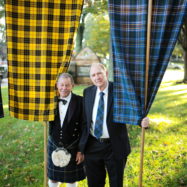 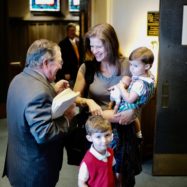 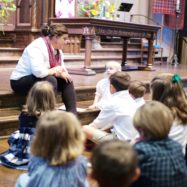 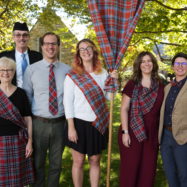 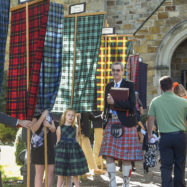 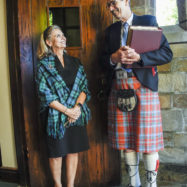 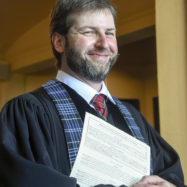 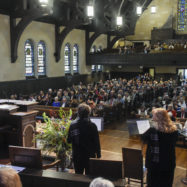 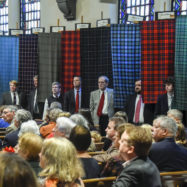 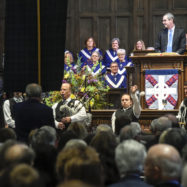 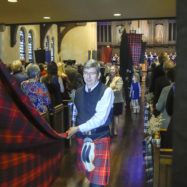 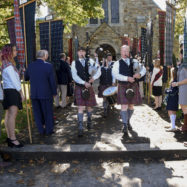 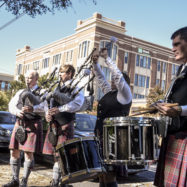 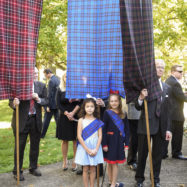 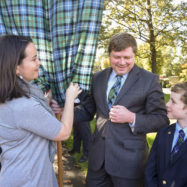